Dutch after all: testing Mom …

It was a quite straightforward message from Ancestry:

“S. Hendrickson is your Mother.”

It was not unexpected — because she is my mother — but it’s still beyond me how they knew. Confidence level? Extremely High.

It’s been only a short time since I received the results of my mother’s genealogical DNA test, and I haven’t had much time to explore them due to work demands, so I’ll just offer a few musings for now.

All of my mother’s known ancestors came from the Netherlands. There is at least some chance that someone in the Bordewijk line, way back in the misty past, actually slipped across the border from western Germany, but Mom’s lineage is fully and primarily Dutch at least back to the late 17th century. Based on the “ethnicity” categories used by Ancestry, she should pretty much be 100 percent Europe West.

In fact, DNA testing started me thinking about the Dutch genetic heritage in general … and where in the world it comes from. While the Netherlands is an old country, it also is, it seems, a bit of an amalgam (sorry, Netherlands). It falls fully into at least two categories on Ancestry — Europe West and Great Britain. The population is known to be influenced by Scandinavia as well. And what of those years of Spanish rule? I was curious to see how it would turn out.

What was most surprising about my mother’s results was how unsurprising they were. Ancestry claims that, like me, she is 100 percent European … but unlike me, she is more than 80 percent Europe West. That is a high percentage. Europe West is a broad category, encompassing everything from the Netherlands to Germany, southern Denmark, western Poland, Switzerland, the Czech Republic, Austria, Liechtenstein, northern Italy, northeast Spain, including the Basque region, France, and southeastern England. As I said, this high percentage of Europe West is completely expected, based on my mother’s family history, but it makes me wonder why my own Europe West percentage was not closer to 40 percent. Alas, in me it has competition, I guess.

Her second-highest category confirmed my suspicions, as Ancestry’s interpretation of her results makes her 12 percent Scandinavian. I do not have an explanation for this outside of the obvious old history of Nordic migration and conquering. We do not have an identifiable Scandinavian ancestor on my mother’s side. I expect this heritage is not uncommon among the Dutch, though. We do have a line of ancestors from the northern reaches, up in Groningen, so maybe that’s the source … but it could be from anywhere. 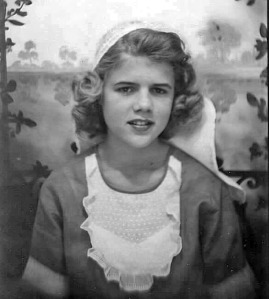 Ancestry’s “genetic communities” pinpoint more specific and recent geographic origins. I ended up in three — two in Norway, thanks to my dad. However, my third genetic community I share with my mother — Netherlands-Germany-Belgium-Luxembourg. Unlike my quite broad community, however, Mom’s is further narrowed to “Netherlands.” And whereas the highest confidence level that I belong to any of my genetic communities is “likely,” Ancestry thinks it is “very likely” that Mom belongs to hers. She really, really is Dutch after all.

Mom and I have more than 40 “shared matches” with people in the Ancestry DNA data base. Some are known family lines, others are interesting to explore, and still others remain anonymous, so it is hard to tell. It will be interesting, when time permits, to explore the matches that she has but I don’t. This will lead me to more information about my family history than could be discerned from my DNA alone.

So then there was the rest. Those last few little categories in Mom’s DNA. As with my own results, I was surprised to find a small percentage of “Ireland” in my mother’s results. What Ancestry calls “Ireland,” includes, of course, Ireland, but also Scotland and the northern half or more of England. Once again, I cannot really explain this other than to point to the relatively ancient origins of these categories relative to their more modern political boundaries. The same goes for that small percentage of “Great Britain” DNA Mom’s been harboring. “Great Britain,” however, reaches across the Strait of Dover to encompass all of the Netherlands, according to the Ancestry map.

Ultimately, Mom’s results were perhaps even less surprising than my own, while at the same time quite interesting to me. I can’t help but try to picture the migration patterns from some of those small-percentage areas that may have led to the creation of her family. Alas, my research just does not go back far enough to reach those ancestors, and there’s a good chance it will remain a mystery.

Finally, I felt a little envy looking at Mom’s results. I’d been secretly hoping to find a dash of what Ancestry calls “Finland/Northwest Russia” running through my own veins. For me, no such luck. Mom, though? Well, 2 percent. Yeah, no explanation for that one either…

By far the most dominant area in these results was Europe West, the yellowish circle on the bottom, followed by Scandinavia in green, just above it. The three blue, outlined circles that are not filled in represent smaller percentage, low-confidence regions — Ireland, Finland/Northwest Russia, and Great Britain.

8 Responses to Dutch after all: testing Mom …