Scandinavian after all … more on DNA 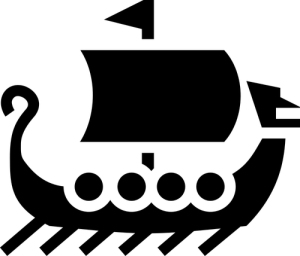 Dad is of Scandinavian heritage … 68 percent, according to Ancestry.

It’s close to what you’d expect for someone with three Scandinavian grandparents — two Norwegian and one Danish. One of his grandparents was born in Denmark, one in Norway, and one in northern Illinois to Norwegian immigrants. When these DNA results came back from Ancestry, it was not a surprise.

Other results are less obvious but not unexpected. Based solely on countries of origin, I would expect Dad to be about 25 percent English by way of his maternal grandmother Martha. However, that English part goes back to colonial America, a disruptive context that can be unpredictable in each generation. I was curious what I would find … but the surprises, while present, were small. Ancestry’s results show this part of his heritage not to be simply “English” but a mix of what Ancestry calls “Great Britain” and “Ireland/Scotland/Wales.” Combined, they made up a slightly higher percentage than I would have expected.

Is everyone Irish? I was surprised to find the Ireland/Scotland/Wales percentage to be as high as it was, compared to that from Great Britain. A theory floating around suggests that Ancestry might over-identify Irish ancestry, and while I’m open to the idea, it’s also possible the rest of us are under-identifying it. I’ve found one likely Irish ancestor for Dad, but so far no more than that and no other non-Scandinavian ancestors from anywhere other than England. I’ve got scores of early American ancestors still to examine, though, and their origins might depend on how one defines “England.” A good chunk of England’s northern reaches falls right into what Ancestry calls Ireland/Scotland/Wales. For that matter, what Ancestry calls “Great Britain” includes a stretch of the western coast of the European continent. It’s best not to get distracted by labels and better to look at the map.

Caveats and kudos. I take ethnicity estimates with a serious grain of salt, always remembering that they are estimates based on available data and that they are mostly constructed backward with modern DNA. With that said, it has not escaped me that Ancestry has gotten very close in general terms, every time, to what I would have expected from family stories and documents. That likely means the estimates are at least broadly accurate, even if not specifically so, and that the family history stories I’ve received over the years are true.

Things that make you say “hmmm.” One aspect of the results that does sometimes make me say “hmmm” is what Ancestry calls the “low confidence” regions, usually about 1 percent or less of the results. I interpret the label to mean that not enough DNA evidence is present to identify them with confidence, and to the extent it is, it reflects something remote in time, making these regions likely to remain mysteries. They intrigue nevertheless. For my mother, it was the region of Finland/Northwest Russia that caught my eye, and for Dad it’s regions like the Iberian Peninsula and Caucuses. Puzzling, but it would not be surprising if people from these regions made their way to England, Ireland, Scotland, or Wales at some time back in the misty past. As yet, we have no identified ancestors from any of these regions, but we’ll see what emerges.

Smaller communities. Finally, Dad’s results place him more specifically in both Western and Central Norway. I belong to similar “genetic communities” based partly on self-identified family trees. However, I decided to submit Dad’s results without the benefit of a family tree, as kind of a test for Ancestry, and they still managed to place him in the same parts of Norway.

Dad’s results also turned up a feature that neither mine nor my mother’s did … something Ancestry calls “Migrations.” These are people with whom he shares DNA markers and who show an identified pattern of migration. Dad’s migration community in the United States stretches from Virginia to Iowa and is labeled “Ohio River Valley, Indiana, Illinois, and Iowa settlers.” He does have ancestors with ties to colonial Virginia, later ties to Iowa, and briefer ties to the regions in between. Ancestry says this is a group that after the Revolutionary War “pushed west into the prairies” and settled the corn belt. It is one of the iconic stories of America.

What now? Since I received my parents’ DNA results, I rarely look at my own any more. Theirs are so much more interesting because they go back further in time than mine. This gives me more information than my own DNA is capable of providing, and I hope it will help me break through some brick walls in the family tree (a  mixed metaphor that is common, but unfortunate). I’ve got a few family lines where DNA evidence either already has been or could become quite helpful — yes, I’m looking at you, Case family from … Long Island? Or not? We’ll see …

2 Responses to Scandinavian after all … more on DNA