Although I am fully American by birth and upbringing, genetically speaking I’ve always known myself to be a product of the people surrounding the North Sea. At least this was my understanding as I embarked on a genealogical DNA test. Turns out my understanding was true, surprising no one. It’s not as straightforward as all that, though, as we attempt to peer back into the past.

I had been on the fence for a few years, to be quite frank, about whether to do a DNA test for genealogy purposes. I had all the same privacy concerns that others have. In the end, I was too entranced by what I could learn (or confirm) not to give in to my curiosity and do the test. I started with Ancestry and received my results a few weeks ago. I now await my FTDNA kit, which will allow me to participate in the Iowa DNA project, among others.

Let me first say that, while I was initially mildly surprised by some of the results, they are not shocking and, once thought through, not even unexpected. That’s not the same as saying they are not exciting because, well, they just are … because this science is still like magic to me. 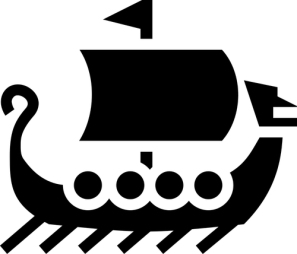 Uff da. So what did I learn from Ancestry? I learned that I am, by their calculations, 100 percent European and 52 percent Scandinavian. I expected the Scandinavian segment to be substantial but not a majority. Based on the last several generations of ancestors, I should be roughly 50 percent Western European (all Dutch), 38 percent Scandinavian, and 12 percent English.

The relatively large Scandinavian percentage raises the possibility that my English or Dutch ancestors were at least partly of Scandinavian origin. History establishes my ancestors firmly in the Netherlands from at least the 17th century … and in England further back than that. However, given migratory patterns in Europe before that time, it is not unlikely that some of these folks   invaded from the North.

Another possibility would be that my father inherited DNA only from his Norwegian and Danish ancestors, not the English. This is unlikely, though, and still would not fully account for my 52 percent. Besides, the theory is debunked by my British DNA percentage and the matches I’ve found with those from my father’s English line of ancestors.

European or British: My personal Brexit? What other surprises from Ancestry? The biggest was that — since by all accounts, I should be half Dutch — only 15 percent of my DNA was identified as Europe West. Whoa! Hello? What mystery here? Even accounting for the fact that a small percentage might be Scandinavian …. Really? Then yet another surprise: Ireland? Oh, come on, Ancestry! I know a LOT about my family history, and I have zero knowledge of Irish ancestors.  Please be serious.

The answer to these mysteries lies in looking at the circles on the map and not getting distracted by how they are labeled. What Ancestry calls “Ireland” actually encompasses not only Ireland but also Scotland and the entirety of the northern half (or more) of England. So … therein may be the origin of some of my English ancestors. Some of my many American ancestors in that line may also have been Irish (I look forward to researching this, as I kind of like the idea). Still, these origins, when combined with those from “Great Britain,” a separate category, account for a surprisingly large percentage of my DNA. Whence my Dutch ancestors? Again, the answer may lie in the circles. When I look at origins alleged to be from “Great Britain,” I see that the circle encompasses not only England but also the entirety of the Netherlands, a very small country, and parts of larger countries along the western European coast. Personal Brexit? Not so fast. I’ll continue my Dutch lessons. 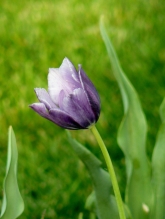 All of this raises interesting questions about very old migration patterns, including those across the Strait of Dover and the North Sea.  The Ancestry labels are created for simplicity and reflect modern political boundaries, not relatively ancient genetic lines. Nothing here, once studied, is all that surprising. Despite the questions and the mysteries, it is all within the range of what I would expect, but fascinating at the same time. Some of the questions raised can only be answered with further testing. Mom? Dad?  My extended family should also prepare for queries.

DNA circles and genetic communities. One cool thing about the Ancestry site is the beta testing they are doing of new features. One of these is “DNA circles.” I’m apparently in four, all from my paternal grandmother’s English line, which is probably just more prevalent in the data base. You can compare common ancestors, when they are available, with those in your circles. Simple DNA matching has also confirmed a 90-year-old 3rd cousin (once removed) in Fort Dodge, Iowa, with whom I have exchanged photos of Danish ancestors.

Another interesting feature is genetic communities. I’ve been placed in three, exactly where I’d expect them — the southwest coast of Norway, interior Norway near Lillehammer, and more broadly, in the community of the Netherlands/Belgium/Germany. Within each community, Ancestry also identifies individual DNA matches with whom one can compare common ancestors and communities.

Still me. With these features, I’ve been able to find specific genetic connections to all four of my grandparents, and that’s just downright magical and amazing, even if not surprising. In the end, it turns out I am who I thought I was, but it also turns out that’s a little more interesting and a little less predictable than I expected. 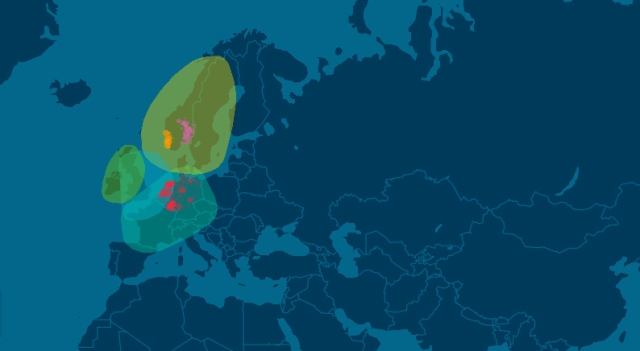 This entry was posted in General, IOWA (ALL), RESEARCH PROCESS and tagged DNA, genetic genealogy. Bookmark the permalink.